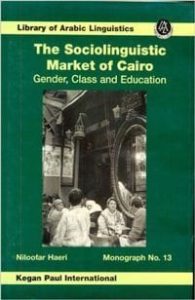 Elaborating on the relations between classical and non-classical Arabic, this book is a contribution to Arabic linguistics, sociolinguistics and to studies of the role of gender in variation and change. Classical languages have played crucial roles in the cultural and intellectual life of many societies. While they have virtually disappeared from the linguistic repertoire of some, in others they continued to be a revered norm. In all Arabic-speaking speech communities, classical Arabic is the medium of education and writing, while non-classical varieties dominate the exchanges of daily life. The complex co-existence of these two languages raises many questions. From which Arabic do speakers draw linguistic form for purposes of style shifting? If speakers draw on the resources of both, what sociological and attitudinal factors influence their selections? Detailed analysis of a linguistic innovation of Cairo women of the upper classes confirms the central role played by gender and illustrates that the impasse of sociolinguistic theory with regard to the “linguistic behaviour” of women lies in its treatment of the social meanings of linguistic forms.