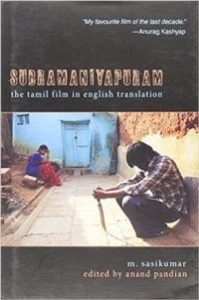 When Subramaniyapuram was released in 2008, it cut through the ostentatious glitz of mainstream Indian cinema like a machete. A tale of friendship, betrayal, love and revenge set in Madurai in the early 1980s, the film pioneered a new, gritty aesthetic in Tamil movies that caught the attention of film lovers around the world. Made on a tiny budget by a first-time director and a cast of newcomers, Subramaniyapuram was a smash hit with audiences all over South India—from the big cities to the villages—and has been cited as a major influence by some of India’s most respected filmmakers.