My work concerns the ecological horizons of human aspiration. The tension between these spheres, human and ecological, seems to have reached a breaking point. And yet it remains the case that human beings owe their potential for change to environmental elements and relations of countless kinds. The sudden cry of a songbird, an ominous hum in the air, the tug of an image on a screen: these things of the world, in all their force and frailty, are knotted into the architecture of our minds and bodies. Such convolutions—inside and outside, matter and spirit, human and nonhuman—challenge us to think with the unpredictable life of the worlds in which we find ourselves. Anthropology can help with this task, for we rely on a method of experience, a continuous deflection of thought through the vicissitudes of earthly life.

Over the last decade or so, I've had the chance to pursue a few such experiments in living and thinking with others. Just published by Duke University Press is a small book of essays on problems of method, A Possible Anthropology: Methods for Uneasy Times, while a new book manuscript, Walled In, examines walls, boundaries and other containers, big and small, in the cultural life of the contemporary United States. A recent book based on years of fieldwork with Tamil filmmakers, artists, musicians, and craftsmen, Reel World: An Anthropology of Creation grapples with the turbulent ecology of creative process. Ayya's Accounts: A Ledger of Hope in Modern India (2014; also in Tamil) takes my grandfather's life in Burma and India as an aperture for a century of tremendous aspiration and upheaval. Crooked Stalks: Cultivating Virtue in South India (2009) explores postcolonial landscapes, and the ethical lives of those who tend them, as fields of moral and agrarian cultivation. What these projects have in common is a concern for the openness and malleability of human nature, and the means of its transformation in ethical, material, and historical terms. 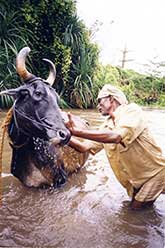 Claude Levi-Strauss says that structuralism first struck him one Sunday afternoon in 1940, as he was lying in a patch of grass and contemplating the seedheads of a dandelion. I can't think of a better image for the wildly collaborative nature of anthropology, which seems always to be drifting along from place to place with stowaway friends and ideas. Published in 2017 by Duke University Press is Crumpled Paper Boat, a book of ventures in experimental ethnographic writing, based on a workshop that I organized with Stuart McLean at the School of American Research. Cymene Howe and I have co-edited Anthropocene Unseen: A Lexicon, an open-access book published in 2020 from Punctum Books. I worked closely with Tamil film director M. Sasikumar to publish an English translation of his pathbreaking screenplay Subramaniyapuram in 2014, accompanied by a series of critical essays. I co-edited Ethical Life in South Asia (2010) with medieval historian Daud Ali, while Race, Nature, and the Politics of Difference (2003) was co-edited with Donald Moore and Jake Kosek. For the Society for Cultural Anthropology, I organized the 2018 SCA Biennial, as an international virtual conference called Displacements. At JHU, I also direct the newly-established Hopkins Ecological Design Initiative.

Research and writing depend on an ecology of support. I’m grateful to these institutions for their generosity and encouragement. 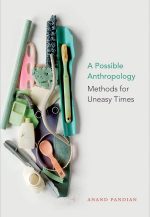 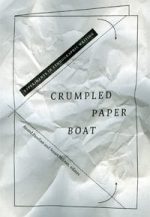 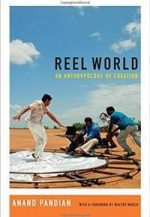 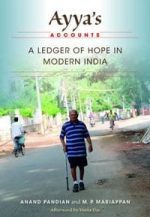 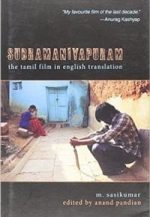 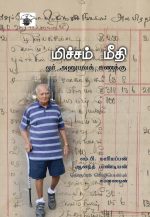 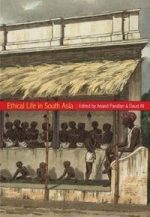 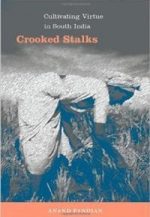 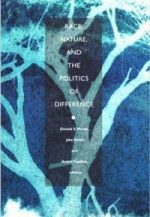 A book talk on A Possible Anthropology (2020)