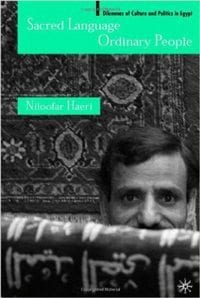 The cultures and politics of nations around the world may be understood (or misunderstood) in any number of ways. For the Arab world, language is the crucial link for a better understanding of both. Classical Arabic is the official language of all Arab states although it is not spoken as a mother tongue by any group of Arabs. As the language of the Qur’an, it is also considered to be sacred. For more than a century and a half, writers and institutions have been engaged in struggles to modernize Classical Arabic in order to render it into a language of contemporary life. What have been the achievements and failures of such attempts? Can Classical Arabic be sacred and contemporary at one and the same time? This book attempts to answer such questions through an interpretation of the role that language plays in shaping the relations between culture, politics, and religion in Egypt.