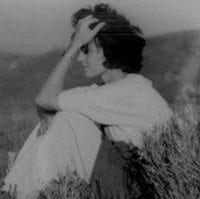 I am writing a book based on fieldwork undertaken from 1996 to 2000 on “An Ethnographic Study of the Truth and Reconciliation Commission in South Africa and the Role of Youth” I am involved in the SSRC and UNO Research Project on Children in Armed Conflict that has just secured two major grants. With Lori Leonard and Veena Das, I am working with adolescent girls who have HIV in a four city project. I continue to work with ex-activists in the Western Cape. With Routledge Press I am negotiating a possible series on Childhood.