My research interests reside in the overlapping themes of poverty, disease and illness, care and violence, the catastrophic and the everyday; and span the subdisciplines of economy; politics, law and the state; kinship; and medicine and public health. I engage these research themes on the register of everyday life, within the scene of the domestic and within kinship relations as they are interpenetrated by state institutions and the pressures of economic deprivation. I have undertaken extensive fieldwork in Santiago, Chile, and more recently have turned to work on North-South Korea. In all of my research projects, I bring close attention to method in anthropology, detail in ethnographic writing, and pursue a rigorous interdisciplinarity in fields ranging from clinical medicine to public health, history of medicine, philosophy, and regional studies. My interest in everyday life and the ordinary has led me to also work at the crossroads of anthropology, philosophy, and literature.

Life in Debt: Times of Care and Violence in Neoliberal Chile (University of California Press, 2012) is based on over a decade of fieldwork in a low-income neighborhood in Santiago, Chile. It explores the slow shifts in subjectivity and small fluctuations of care and neglect in intimate relations as they are interpenetrated by economic precarity, and state programs on poverty, mental health, and human rights.

Seeing like a child: Inheriting the Korean War (Fordham University Press, Fall/Winter 2020) explores how the catastrophic event of the Korean War is dispersed into a domestic life marked by small corrosions and devastating loss. Crossing genres of autobiography and ethnography, I write from the inside of my childhood memories as the daughter of parents who were displaced by war, who fled from the North to the South of Korea, and whose displacement in Korea and subsequent migration to the United States implicated the fraying and suppression of kinship relations and the Korean language. In counterpoint to the project of testimony that seeks to transmit a narrative of the event to future generations, Seeing Like a Child sees the inheritance of familial memories of violence as embedded in the child’s inhabitation of everyday life

Echoes of a Death (manuscript in progress) is based in a low-income neighborhood under police occupation in Santiago, Chile. It follows how the death of a young man at the hands of the police reverberates through specific kinship relations, through the neighborhood, and within state institutions. While the literature on violence in Latin America focuses on the massiveness of violent death in the region, I am interested in what comes to mark the experience of a single death.

Living and Dying in the Contemporary World: A Compendium (University of California Press, 2015, co-edited with Veena Das) is a 45-chapter edited volume that explores the entanglements of living and dying in an ever more interconnected world, across regions and through thematics, including: natality, sexuality, and reproduction; medical, legal, and pharmaceutical spaces; healing: religious and secular bodies; precarious lives; death and dying.

At Johns Hopkins, I am a board member and former co-director of the Program in Racism, Immigration, and Citizenship; a board member of East Asian Studies, the Program on the Study of Women, Gender, and Sexuality, and the Center for Medical Humanities and Social Medicine.

Beyond JHU, I am the coordinating faculty for the Johns Hopkins nucleus of the International Research Network (GDRI) “Forms of Life”, funded by the CNRS-Paris. With Bhrigupati Singh (Brown University), I am the editor of the Thinking From Elsewhere series at Fordham University Press. For more information on the series, please visit the website and direct inquiries to both Clara Han and Bhrigupati Singh.

“Avoidance of Childhood” Special Issue, Editor, with participants from the International Research Network (GDRI) “Forms of Life”. (In progress)

“Suffering and Pictures of Anthropological Inquiry: A response to comments on Life in debt” in HAU: Journal of Ethnographic Theory, Book Symposium.  3(1): 231-240, June 2013.

“The Work of Indebtedness: the Traumatic Present of Late Capitalist Chile” in Culture, Medicine, and Psychiatry. Special Issue: Cultures of Trauma.  28(2): 169-187, June 2004.

"Being Policed as a Condition of Life" in Writing the World of Policing, Didier Fassin (Ed.) University of Chicago Press, 2017.

“Echoes of a Death: Violence, Endurance, and Experiences of Loss” for An Anthropology of Living and Dying in the Contemporary World.  Eds. Veena Das and Clara Han. Berkeley: University California Press, Fall 2015

Review of Will to Live: AIDS Therapies and the Politics of Survival by João Biehl. Journal of Latin American and Caribbean Anthropology.  13(2): 459-461, November 2008.

“Memory’s Manifestations:  Dr. Salvador Allende Gossens and today’s activism from La Pincoya” in NACLA: Report on the Americas, Report on Chile “Forty Years after Allende: The Politics of Memory and the Memory of Politics” 46(3): 44-48, October 2013.

“Depths of the Present: State Violence and the Neoliberal State” in e-misférica 7.2  After Truth: Justice, Memory, and Related Aftermaths.  2010.

“Commentary on Biehl, João and Peter Locke’s Deleuze and the Anthropology of Becoming”. Current Anthropology. 51(3): 342, June 2010. 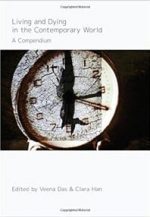 Living and Dying in the Contemporary World: A Compendium

Life in Debt: Times of Care and Violence in Neoliberal Chile