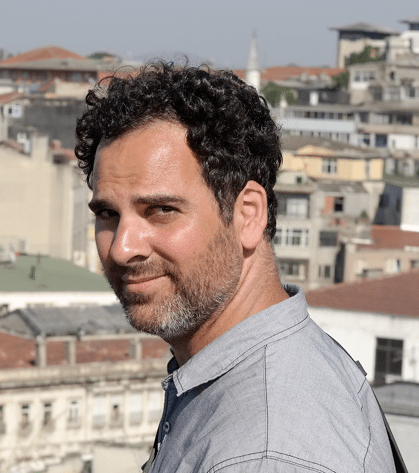 angelini@jhu.edu
Mergenthaler 457
Fridays, 10 am-12 pm, or by appointment

My work as an anthropologist broadly concerns how newness enters the world, something commonly understood as creativity or imagination, particularly in conditions under which such possibility seems constrained or impossible. I am also interested in the urban experience from underrepresented or marginalized perspectives. I have used ethnographic and historical approaches to explore how building practices and cultural production shape political subjectivity in urban squatter settlements. My research in Brazil tracks how these environments become objects of material practice, technocratic knowledge, and artistic expression. I received my Ph.D. in Anthropology from the Graduate Center at City University of New York (CUNY) in 2013 and later conducted postdoctoral research at the London School of Economics.

My first book project, titled Model Favela: Youth, Second Nature, and Rio de Janeiro, based on four years of ethnographic research, is about the social ordering of creativity. It analyzes an iconoclastic role-playing game in which Afro-Brazilian working-class male youth represent a dynamic but uneven cityscape in a hand-built model of Rio, constructed with painted bricks and found scraps. Through an up-close descriptive analysis of the relationship between play and ‘real life,’ the book examines the different ways social inequality is imagined and develops a parallel analytic, the inequality of imagination, where official models of technocratic and official knowledge are privileged over others deemed cultural products.

With the LSE I contributed to a multilateral ethnographic research project on the commodification of urban poverty and violence across four cities in the Americas: Rio de Janeiro, Mexico City, Kingston, and New Orleans. I studied emerging tensions concerning hospitality and tourism in militarily “pacified” favelas over 18 months in Rio, followed by five months exploring volunteerism and community rebuilding in the Lower Ninth Ward of New Orleans.

I have also explored new technologies of urban surveillance and monitoring of racialized bodies. Looking into Rio’s ‘Smarter Cities’ initiative, a digital dashboard for managing the city as a real-time flow of climate, crime, and traffic data, I have investigated how information technology and remote sensing confront the geography of racial and class difference. In Baltimore, I have been tracking the rolling out of a billionaire-funded ‘spy plane’ initiative and its implications not only for policing crime in a racialized cityscape but also for policing the police itself.

“A Favela That Yields Fruit: Community-Based Tour Guides as Brokers in the Political Economy of Cultural Difference.” Space and Culture 23(1): 15-33. (2020)

“What does poverty feel like? Urban inequality and the politics of sensation.” Co-authored with Rivke Jaffe, Eveline Dürr, Gareth A. Jones, Alana Osbourne, and Barbara Vodopivec. Urban Studies 57(5): 1015-1031. (2020)

“Favela in Replica: Iterations and Itineraries of a Miniature City.” Journal of Latin American and Caribbean Anthropology, 20(3): 39-60. (2016)