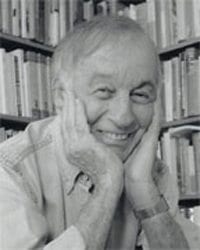 Sidney W. Mintz, a co-founder in 1974 of the Department of Anthropology and one of its best known members, passed away on December 27. We mourn his passing and the loss of one of the great anthropologists of our times.

A specialist of Caribbean and creole culture and history, Mintz redefined the contours of contemporary anthropology through his pioneering work on plantation societies and the cultural dimensions of European and North American capitalist expansion.  His book Worker in the Cane, a study of a Puerto Rican rural proletarian family, is celebrated as an early example of the use of life history in ethnography.

In his later work, Mintz extended his interests in commodity production and cultural economy, to examine the cultural politics of food. His book on sugar, Sweetness and Power, was the first to examine history through the lens of a single commodity. It also ushered in the modern era of food studies.

At Hopkins, Mintz worked to bring ethnography into conversation with critical traditions of political, economic and historical research, and to develop and deepen research on slavery and Atlantic History in the Departments of Anthropology and History.

Following his retirement from teaching, Mintz continued to serve as a tirelessly generous member of our department, holding his last workshop on December 10, just two weeks ago. From 1992 to 2013, the Department hosted the Sidney Mintz Annual lecture series, which brought prominent international speakers to the Hopkins campus. In 2014, Sid established the Sidney Mintz fund to support preliminary field and archival research by doctoral students in the humanities and social sciences whose research engages topics related to his own fields of interest.

Sidney combined, in one person, all the qualities we aspire to as anthropologists: a deep appreciation for the most mundane of skills in the world, a critical knowledge of history and theory, a love of languages, a deep commitment to teaching, and a sense of wonder which made him enjoy every aspect of field work.

His long life, whose end we now grieve, was a gift to us all.